The purpose of this blog is to show how faith, my professional training and a healthy sense of humor taught me and continues to teach me that Jesus Christ is always in control. I am a fellow learner as this journey for my child unfolds. My wish is that Ben's legacy gives others hope where there seems to be none. It is also my desire that the information I have assimilated with my medical mind and filtered through a mother's heart gives practical ways to deal with this ever-changing chronic disease. Finally, for the many friends and family members who continue to follow Ben's life change after the injury, the story continues.

Today is a beautiful day in Colorado. It has been almost a year since the last update on Benjamin. He continues to live in the Denver area in a program for brain injury survivors. I had the opportunity yesterday to bring 2 new friends to visit Ben. Seeing Ben’s situation through their eyes helped affirm that Ben is where he needs to be. The friends were amazed at the bright and well decorated program house.They mentioned that the expected institutionalized atmosphere is totally absent. After looking at a calendar of activities, Ben’s active life was apparent. A tour of Ben’s room sports a wall of family photos and a picture of a world map. It was clean, neat and full of personal touches. The life skills workers in the house were pleasant caring and knowledgeable. Ben has responded to the new atmosphere over the last 2 years well. He is happy, busy and involved with the other residents of the house.

Benjamin continues to enjoy life in Colorado. Many changes have occurred in Ben’s living situation since the last post many months ago, all of them good. When Ben returned from the Oklahoma rehabilitation hospital summer 2017, the door opened for him to initially live in a new program in the Denver area. This program provided basic care and Ben initially did well, but Jim and I felt something was missing. With the set backs in Ben’s medical condition, memory, physical health, and cognition from the seizures in  July 2016, we both knew that something needed to change. Ben was bored. He was housebound day after day. It wasn’t enough just to be housed safely, Ben needed a program tailored to his needs. Ben deserved a rich life with friends and activity. He needed to feel significant. God provided the answer. Ben’s advocate, who has helped us from the beginning started a brain injury program a few years ago for all the right reasons. She has such a heart for these injured people and knew she could do it better. This advocate also loves Ben and knows him well. The state of CO approved her application to expand her program and a place opened up for Ben in a new house.

Benjamin has been back in Colorado since mid September. Two weeks ago Benjamin and I had a great weekend together. We went to a movie. Ben enjoyed Jumangi, a Starbucks coffee and dinner out. Sunday was spent attending church and going to brunch. He was joyful and engaging and loves talking to everyone he meets. Ben notices people's smiles and gives complements right and left. Jimmy at Chick-Fil-A was doing a good job and Ben told him so. Sometimes it's exhausting, but when I get frustrated with his enthusiasm, I take a step back and watch the effect Ben has on others. People are happy to step into Ben's world and share a conversation. He is open with sharing truth about his motorcycle accident. He tells them that God saved him for aeason. I believe that is true.

I visited Benjamin a week ago. Followers of the blog may recall that he was admitted to a neurorecovery facility in Tulsa, OK at the beginning of the summer. Unexpected provision allowed Ben a new chance at life and Jim and I were grateful for the opportunity. The facility has been a blessing with a blend of mental health and brain injury behavioral support, tailor made for Ben's needs. Ben's psychiatrist is a committed Christian who is prayerfully walking medical decisions. Ben is on new medications. I continue to hope these medicatons help mental clarity, memory and decision making. There has been progress over the summer, but it has been painstakingly slow. The discharge plan that was in place for Ben's next step was not going to work. Jim and I were faced once again with a dead end. I felt compelled to travel to Tulsa to tackle these issues head on and scheduled a meeting with Ben's multiple caregivers face to face. My old friends, hopelessness and dread, were present in full force. How many times have I been down this road? Almost too many to count. I prayed for answers and peace. For days leading up to the meeting, I felt God's reassurance, but all my human mind could see was the dead end.
Read more »
Posted by Karla S Ramsey MD at 11:53 AM No comments:

Yesterday I met Benjamin at his new neurorecovery center in Oklahoma. It was a great day.  Ben and I went through the admission process together with smiles on our faces. After 7 months in a Colorado medical hospital with little or no outside activity, Ben was excited and happy. He was driven there by car and  he enjoyed every moment of being on the road. The events leading up to this unexpected chance at recovery are miraculous and many. Ben had been rejected by every discharge option for care in the entire state of Colorado. As a family, we were not in a good place. Confinement to a general hospital room was causing psychiatric and medical problems and we were powerless to move forward with Ben's care in any way. It was a place of waiting and if you have read any of my blogposts in the past....waiting is not what I do well. Exodus 14:14 says "The Lord will fight for you, and you shall hold your peace and remain at rest." Moses tells this to the Israelites when the Egyptians are bearing down on them by the Red Sea. God fights for his people. I believe the sequence of events leading up to this recover opportunity is a sign of God fighting  for Ben when there seemed to be little hope.

Jim is in Colorado visiting Benjamin this weekend. Ben has been in the hospital for 89 days. Initial admission was for a minor surgery to repair his brain shunt. The distal tube draining in his abdomen was up against the bowel.. easily fixed. The behavioral hospital where he was recovering took the opportunity to refuse to take him back, reasoning that Ben is too medically complicated to be readmitted. He is medically stable at this time.  Benjamin's brain function, however,  has not recovered since the incident in July when an inappropriate discharge from a different hospital after brain surgery resulted in four days of continual seizures. All of Ben's medications were inexplicably and abruptly stopped as a result of this disastrous discharge. Status epilepticus was the direct result. As mentioned in my previous post, the seizures stole much of Ben's progress made since his brain injury in 2012. Although Ben has not recovered, he is making some progress. He does not need his wheelchair. He can handle self care and calls us on the phone often. He listens to his CD collection and watches movies and sports. Ben's memory is severely damaged. He doesn't know where he is most of the time and his behaviors have been worrisomely aggressive. We are back at the beginning, a "do over", like Ground Hog Day.  I have had a few rough moments looking at the picture in front of us. At this time there are no discharge options for Ben's care and he cannot be cared for at home.

Today, Ben and I spent Thanksgiving together. Jim and I were called the day before Thanksgiving with the news that Ben’s mental state had deteriorated over the previous 48 hours and that he needed another brain shunt revision. His CT scan once again showed signs of increased pressure. Surgery for shunt revision was performed successfully last evening. Ben was somnolent and minimally responsive for much of the day today as a response to anesthesia, medications, and stress. I was concerned that major ground had been lost again in his recovery. We have been down that road many times. Later today however, he cracked a joke or two with the doctors, watched a hockey game, and spent some time looking at magazines. Ben seems ok tonight. I believe tomorrow will be even better.
Read more »
Posted by Karla S Ramsey MD at 8:23 PM No comments: 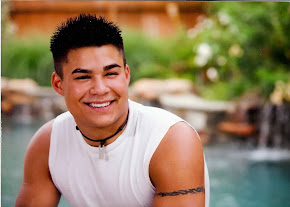